HOWTO: Detect Apps and Services using LDAP instead of LDAPS 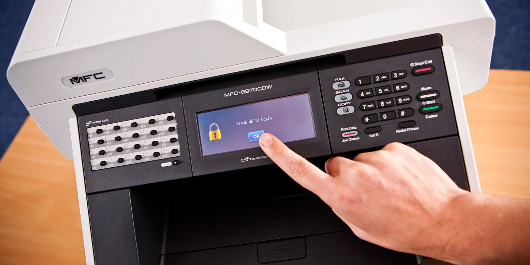 Traditionally, the Lightweight Directory Access Protocol (LDAP) was used by software developers to integrate. While Kerberos-based Integrated Windows Authentication (IWA) can also be used, LDAP has kept a certain foothold for software solutions, as it is also available on non-Windows and non-IIS-based solutions and can be used to integrate with other directories, besides AD DS.

LDAP, however, was never envisioned from the start as a protocol for open networks. Eventually, LDAP over SSL (commonly abbreviated as LDAPS and described in RFC 2830) was introduced in 2000 to address the plain-text nature of the original LDAP (LDAPv3, described in RFC 2251).

Many of the software packages supporting LDAPS have no issues connecting using LDAP, thus removing the need to work with certificates. As appealing as this sounds to AD admins, it should be avoided as the service accounts used to poke around in AD DS through LDAP often have significant privileges. These privileges can be asserted after a malicious person has acquired them through a Meddle in the Middle (MitM) attack.

LDAP Channel Binding has been introduced to counteract MitM and replay attacks, but it only work when using LDAPS. LDAP should be a thing of the past. All LDAP communications to domain controllers should be LDAPS.

But how do you get insights in what accounts on what hosts communicate using plain LDAP and not LDAPS using built-in tools?

That’s the question that this blogpost tries to answer.

You’ll need to meet the following requirements to detect applications, services and systems using LDAP instead of LDAPS:

Domain Controllers with default settings do not provide the information needed to detect non-S LDAP connections. The 16 LDAP Interface Events diagnostic logging needs to be enabled. This can be achieved using Group Policy or using Windows PowerShell.

Repeat the above steps for each domain controller in the environment.

Note:
Increasing the size of the Directory Service log can be useful in environments with large amounts of LDAP traffic.

Detecting applications, services and systems using LDAP instead of LDAPS

Now, you can use the following lines of Windows PowerShell to detect the use of LDAP by applications, services and systems towards the domain controllers. Its output displays the last 24 hours of successful connections:

As the 16 LDAP Interface Events diagnostic logging require additional resources when the setting is enabled, so you might want to disable the setting when you’re done.

Repeat the above steps for each domain controller in the environment.

When you know what applications, services and/or systems connect using LDAP to your domain controllers, you can reconfigure them to use LDAPS.

This is essential to implement LDAP Channel Binding and Signing changes.

The post HOWTO: Detect Apps and Services using LDAP instead of LDAPS appeared first on The DirTeam.com / ActiveDir.org Weblogs.